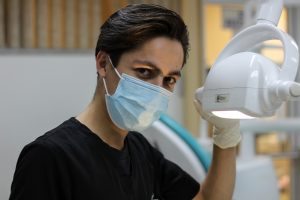 Plastic surgery as one of the fields of medicine develops incredibly quickly and dynamically. Contrary to stereotypic opinion, however, it does not help only the rich ladies, but also the smaller part of the Masters. It serves not only to remove the complexes at the point of its appearance: too large or curvy nose, or too small or saggy breasts or removing too much body fat.

Cosmetic surgery is also famous because of the help it carries to people after a diametrical change in the appearance associated with the loss of part or all of the face without having an effect on such a state of affairs. Here, for example, the victims of fires, car accidents or assault (mostly religious or racist).

Surgery to rescue people just after such tragedies bears the name of corrective surgery. Plastic surgeons, not unlike doctors of other specializations, save the health and life of people – not only improve minor defects in appearance. It is thanks to them that people with broken facial bones, grayed wounds or with burnt skin face can regain their normal appearance, leaving in the past a picture of their distorted face.

Plastic surgery is one of the most difficult specialization in medicine. However, it is also one of the most thankless and rewarding for its specialists, thanks to which the injured people can return:
-For normal social functioning,
-For interpersonal contacts,
-to publicly show other people,
And it is also possible to forget about all the bad moments they have encountered and the lament and dramatic effects of these moments. For this reason, doctors dealing with corrective surgery deserve to be respectful and even the title of the heroes – because only those who feel the loss of their image in their own skin understand how much you can be grateful for it to become “Normal”.

Almost every day each of us hears about the world of car accidents and other such human tragedies, in which people suffer terrible losses – not only tangible… Hospitals around the world are burned, requiring skin grafting; People requiring the assembly of facial bones, facial skin and many, many other wrongs.

Plastic surgery Saves the life of two-fold:
-When fractures and deformities block the respiratory tract or the digestive system, and normal plaster and immobilisation do not work;
-When people do not enjoy their own “new” accident (not yet surgical) appearance falling into deep depression have trouble accepting themselves, and can even take away their lives.

The price of performing a surgical operation, regardless of whether it is to improve the appearance or its creation anew, is not low. These are some of the most expensive treatments – not only in Poland. Although in some cases it is the only chance to regain efficiency, not every person has enough budget and deferred savings to afford it – especially if we consider that the misfortunes that are the reason for the necessity to perform Operation, usually occur at the least anticipated time.

Plastic surgery to regenerate the face after it has been distorted, it also helps to rid yourself of any traces after the long way of “repairing” the appearance. After sewing wounds are often scars, whose disappearance is extremely difficult, sometimes even impossible. In some cases, they are enormous, in colours, or painful, or the constant feeling of “pulling”. Plastic surgeons cannot compensate them for zero, but thanks to them, scars are much smaller, almost or quite invisible, smooth and elastic.

Taking into account the pathos of the acts to which the doctors of aesthetic medicine are capable of rescuing the injured, they should leave the shadows of all beliefs that they are considered to be:
-unnecessary puppets, which are controlled by people wanting to make themselves perfect;
-Konowałów not abating before anything seeing the banknote file.

Future-proof is therefore a study of qualifying young people to pursue this profession, because the demand for plastic surgeons continues to grow, and the range of surgery is incredibly extensive (you can educate yourself in the direction of aesthetic surgery, corrective And also in the direction of doing not so intense treatments). Without thinking about the emotional benefits of a joyful view of a person’s disbelief in the work of this doctor, it is impossible to conceal that financial stabilisation is also a kind for him. So the vast knowledge, the dexterity of the hand, the intense work, certainly gives the expected results. Besides, as already mentioned earlier, plastic surgeons are considered as heroes and also artists – so is this not enough reason to educate in this direction?